In this article, we’ll learn to install cmake on Linux. CMakeis a cross-platform open-source meta-build system that can build, test, and package software. It can be used to support multiple native build environments including make in Linux/Unix, Apple’s Xcode, and Microsoft Visual Studio.

How to Install CMake on Linux?

If you are to work with CMake in Linux, you’ll probably need a C/C++ compiler and the make build system since CMake generates ‘Makefiles’ on Linux. A Makefile contains the steps for compiling the program and generating an executable. The installation steps for these tools depend on the distribution.

We will be looking at two ways to install CMake.

Note: Installing this way, the version of CMake installed will generally be an older one.

For Ubuntu/Debian (and their derivatives)

We can obtain information of a package and its dependencies using the apt command. Doing that for cmake:

As is highlighted in the screenshot above, cmake recommends installing gcc (GNU Compiler Collection) and make. It also suggests some packages which are optional. You’ll need to install g++ if you’re working on a C++ project.

Note that while installing these packages, the gcc package is also installed.

For Fedora/CentOS (RedHat based distros and their derivatives) CMake’s official website has two options to install CMake on Linux as of now:

Installing through either of them will get you the latest version of CMake. You’ll still need a compiler (gcc/g++) and make. You can install them using the package manager. For Ubuntu/Debian based distros, type:

For RedHat Based distros, type:

For CentOS 8 based systems, we’ll be using the shell script. You can either download the script by clicking on the .sh file link on the website or by using the wget command :

Note: The link is for the latest version of CMake as of writing this article and may change in the future.

It is in general a good idea to inspect scripts before running them. To do that you can open it in the editor of your choice. Using the nano editor to open it:

Going through the script, it also contains the .tar.gz archive for the CMake binary. Hence, it’s size (~40MB). The script acts like a ‘self extracting archive’. Now that we’ve inspected the script, we can run it from the current directory using:

The above command will install cmake globally for all users to /usr/local/bin and the exclude-subdir option is to get rid of the extra directory that is produced while extracting the .tar.gz archive.

(You need the tar command as the script uses it. If prompted tar: command not found , install it by typing $ sudo dnf install tar)

Also, cmake will not be managed by the system package manager when installed this way. To update cmake you’ll need to repeat this process for any new versions.

You can use the editor of your choice. I’ll be using nano:

Now we’ll create a CMakeLists.txt file(with this exact capitalization) which is required by CMake:

The CMakeLists.txt file for this project is quite trivial and will only contain these three lines:

It’s a good practice to have a separate build directory for executables. So, let’s do that: To run cmake we need to change into the build directory:

Running cmake . generated the configuration files for CMake in projectzero/build . We can list the contents of build directory using the ls command:

Now we can generate the executable simply by typing:

Run the executable by typing:

Congratulations on building your first CMake project. You can find more such beginner-friendly CMake projects on this GitHub profile. Clion cmake error.

In this article we learnt how to install CMake on Linux and created a simple Hello World program using CMake. CMake is a very useful tool for C/C++ development. You can find more information about CMake in its documentation.

CMake is one of the most convenient building tools for C/C++ projects. When it comes to target_include_directories and target_link_libraries, there are several keywords, PUBLIC, PRIVATE, and INTERFACE, that I got confused about from time to time even if I have read the related official documentations. So when I was building my C/C++ projects using CMake, I often just use PUBLIC everywhere or leave the keyword blank (CMake will then use PUBLIC by default), the libraries and executables built from the projects would work in most of the scenarios. However, it is certainly not best practice.

Today, I read Kuba Sejdak’s blog post “Modern CMake is Like Inheritance” and I found his interpretation on the CMake keywords PUBLIC, PRIVATE, and INTERFACE inspiring. So in this blog post, I would like to discuss some of my thoughts on these CMake keywords from the perspective of “inheritance”.

In C++ object oriented programming, there are three types of access specifiers for classes.

Alternatively, this could be described using the following simplified table.

When it comes to class inheritance, there are also three types of inheritances.

Alternatively, this could be described using the following simplified table. 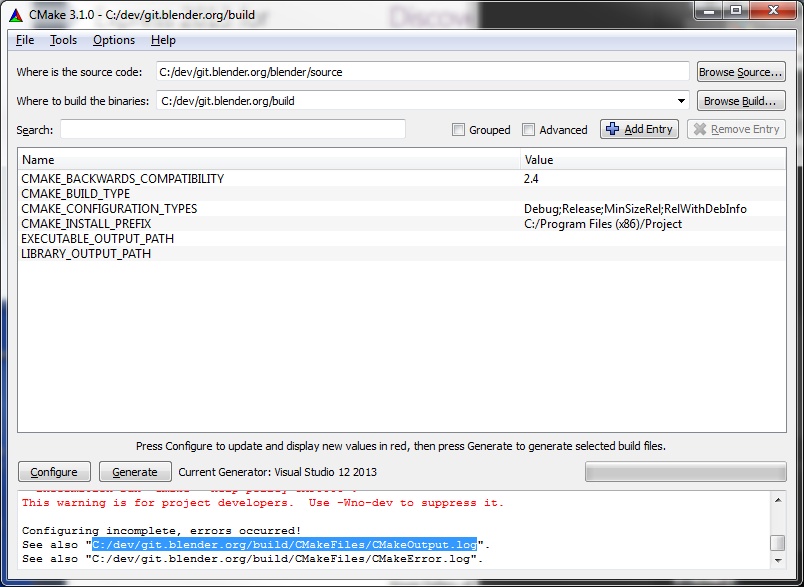 How to Understand CMake Interface?

In my understanding, CMake interface is just like a telephone switch station in old times.

What are the Key Points for This Blog Post?

Is PUBLIC, PRIVATE, INTERFACE Part of the GCC/G++ Compiler?

No. Compilers, such as gcc and g++, do not have such mechanism. CMake invented those keywords for user to create a building graph that has very clear and explicit dependencies. The building graph translates to normal building commands using gcc and g++.