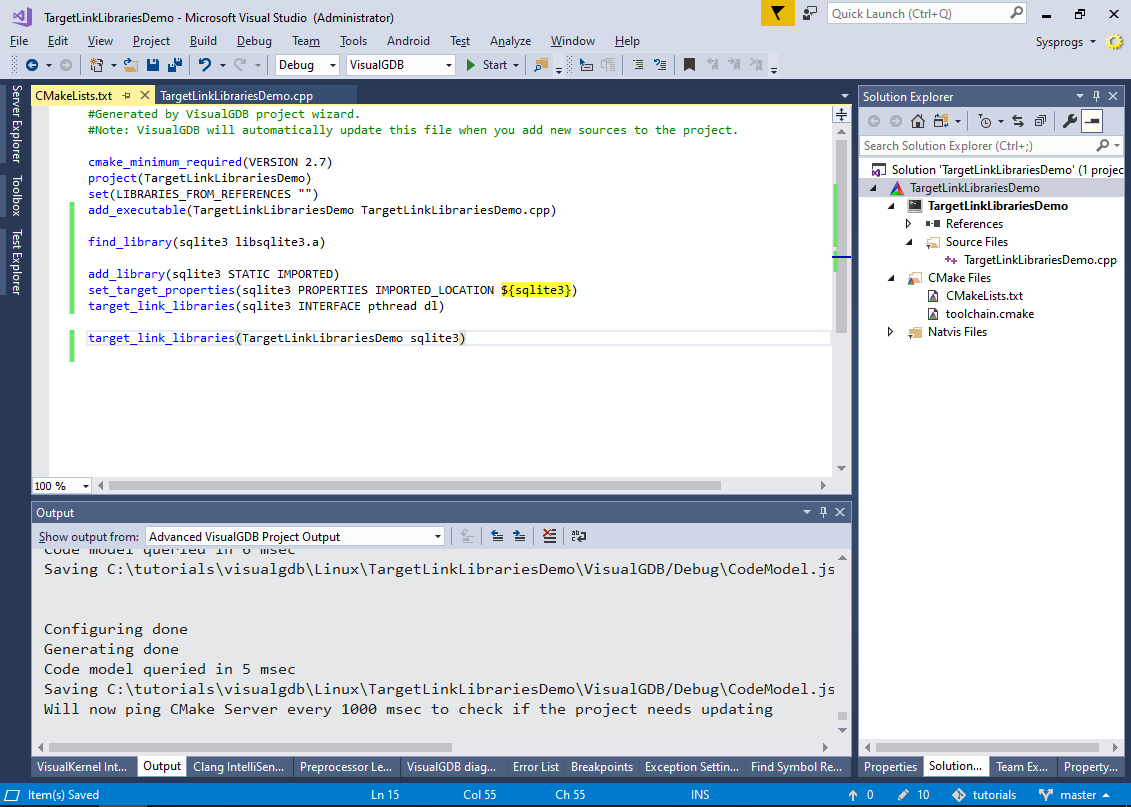 In this tutorial we will use Visual Studio and VisualGDB, however the steps described below will work with any other CMake-based environment.