Rheinhessen is certainly the German growing region that has most renewed and spectacularly improved its reputation in recent years. A young generation of winegrowers has taken over the helm here – the region is now regarded as an innovative melting pot. Rheinhessen is not only one of the largest and most traditional wine-growing regions in Germany – with more than 1.500 hours of sunshine a year and only 500 millimeters of precipitation, it is also one of the driest.

Rheinhessen wines are often characterized as being soft, fragrant, medium-bodied and mild in acidity – pleasant, easy-to-drink wines. There are also wines of great class and elegance, with a depth and complexity second to none. Major Town: Mainz, Worms, Alzey, Bingen. Rheinhessen is a dynamic wine region, with wine makers that are known for their innovation. This is Germany’s largest wine-growing region, with 26,500 hectares of vineyards, confined to the north and east by a great blue bend in the Rhine River.

Rheinhessen has all the natural resources for high-quality viticulture: its geographical location, its topography, the protection offered by the Donnersberg in the west, the close proximity to the Rhine and of course its rock and fertile loam and loess soils. In the 'land of a thousand hills,' as Rheinhessen is often called, the sun shines more than 1.600 hours per year to a mere 550 mm of precipitation, making the region one of driest in Germany.

On November 26th, 1910, winegrowing estate owners, domain directors and administrators from the three Rhine 'noble winegrowing regions' of Rheingau, Rheinhessen and Rheinpfalz as well as from Mosel, Saar and Ruwer met in Koblenz to set up a 'Verband Deutscher Naturweinversteigerer' (VDNV). This event was not deemed worthy a single mention in most of the trade journals for viticulture and wine trade. A hundred years later, the wines with the grape eagle are world-famous ambassadors for the unique German wine culture. The world's oldest national association of top wine producers now also unites wineries with sites of world renown from all German wine-growing regions – from the Saar to the Main, from Lake Constance to Saxony.

In 1910, the 'Vereinigung Rheinhessischer Naturwein-Versteigerer' and its four members were by far the smallest of the four founding associations. It comprised only estates that had vineyards on the Roter Hang (Red Slope) between Mainz and Nierstein. Most probably founded in 1909, the association had eight members in the mid-twenties, two of them in Bingen. The cultivated area was listed as 10.6 hectares. The admission of the Großherzoglich-Hessische Domäne in Mainz at the end of the twenties split the association, which had grown again in the meantime. It is no longer possible to reconstruct whether, and if so for how long, the wineries auctioned their wines individually or together during the Third Reich. In any case, no auctions have been approved on the Rhine since 1940. After the Second World War, the association was reconstituted without ever having been dissolved. It is thanks to the Niersteiner winery owner Peter von Weymarn (Heyl zu Herrnsheim) that the VDNV did not dissolve after the prohibition of the designation 'natural wine' by the Wine Act of 1971. von Weymarn also founded the Rheinhessische Weinbörse (1974), the predecessor of the Mainzer Weinbörse. This has been the largest trade fair for top German wines for many years. Today VDP.Rheinhessen has 17 members and a vineyard area of approx. 300 hectares, or a solid one percent of the region's vineyard area. 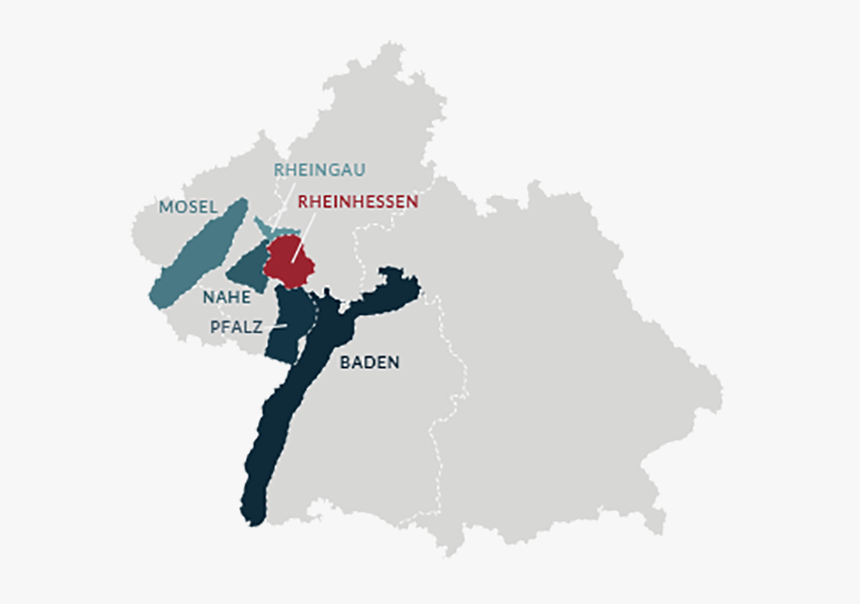