On 11th How to use garden planner. May 2021, Artcurial will hold a special auction: the sale of furniture from the apartment of Kenzo Takada, the legendary designer and icon of fashion.

Set in his Parisian apartment, where Kenzo spent the last years of his life, this collection of furniture, paintings, objects, works of art and fashion pieces, displays a subtle balance between the influences of East and West, reflecting the free spirit of this creative genius. 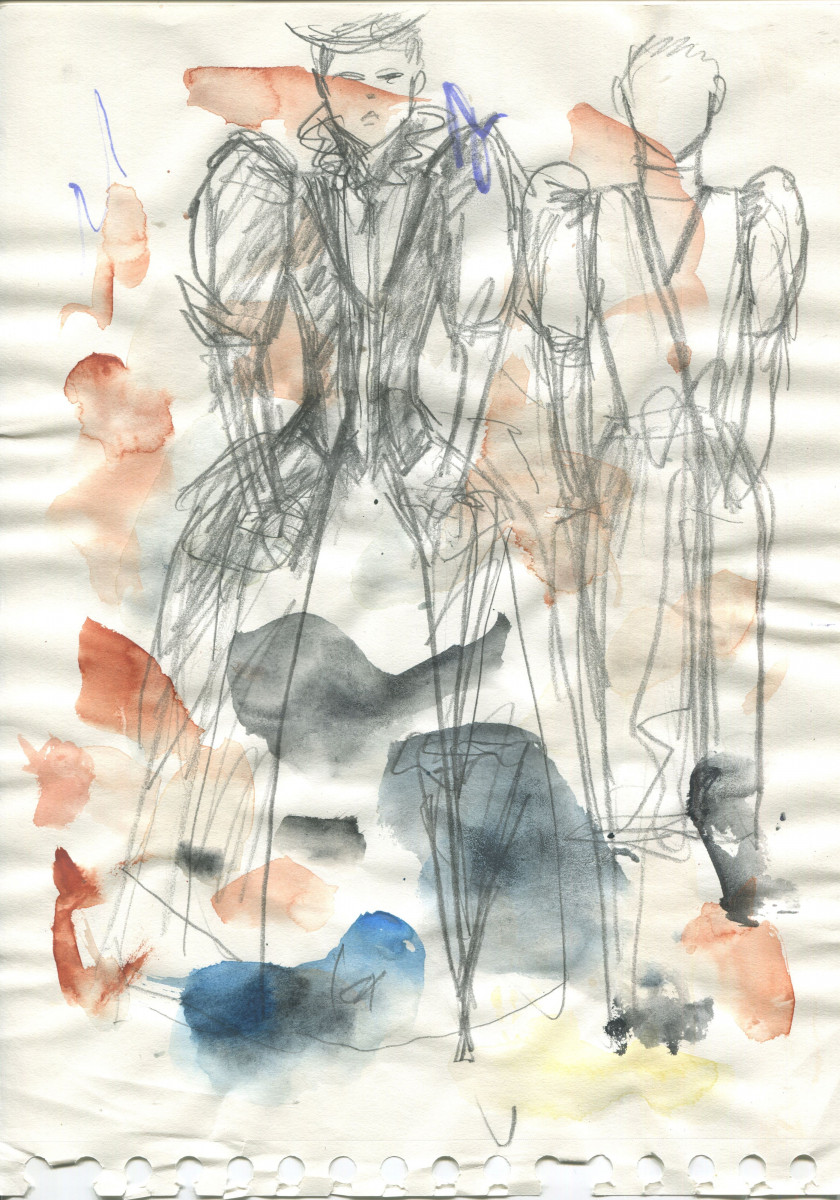 Situated in a Haussmann-style flat overlooking the whole of Paris, nearly 600 pieces of Asian, Pre-Columbian and Tribal art have been around photographs, contemporary works, crystal chandeliers, Art Deco furniture and items of furniture designed by Kenzo Takada for 15 years.

Kenzo Takada was a true citizen of the world and this collection reflects a life dedicated to fashion, art and culture.

“The Kenzo collection reveals to us the eye of this genius in the world of fashion and interiors. As with his couture, he knew how to bring different cultures together in this Parisian apartment where he lived for the last 15 years of his life. The sale will be a final tribute to this multi-talented artist.” 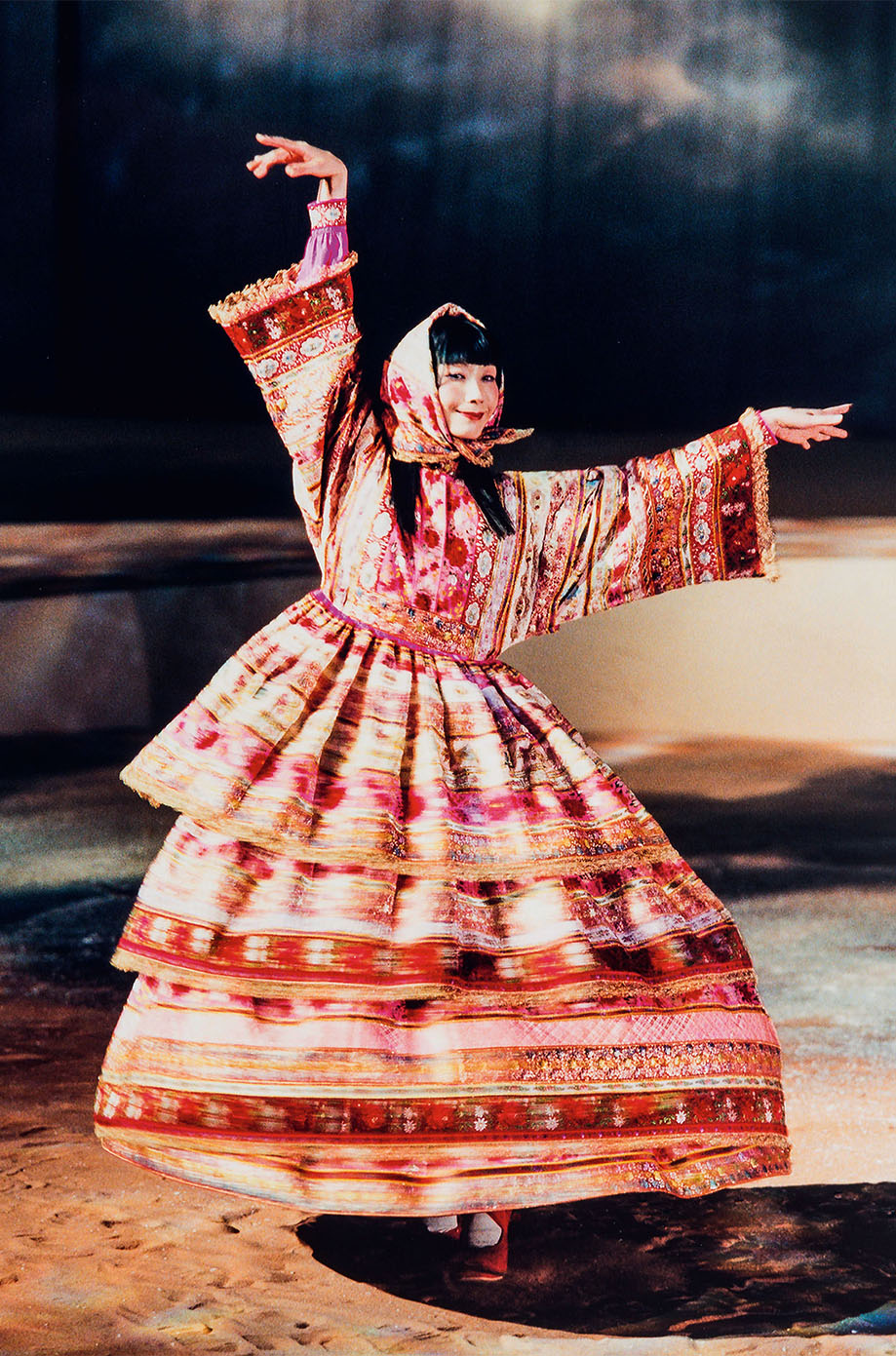 Several highlights make the sale unique, including: a large wooden Hinoki horse from the Han period, a Buddha torso dating from the 3rd century and a Pleyel grand piano by Ruhlmann. The lighting on offer includes an impressive crystal chandelier that hung from the ceiling of the designer’s living room.

The sale will also bring together around sixty lots dedicated to tableware. This set reveals the diversity of Kenzo Takada's tastes and uses. In addition to his own glassware and porcelain creations, Japanese stoneware, Murano glassware and a Harcourt crystal service by Baccarat, marked with the designer's emblem, will be on display. 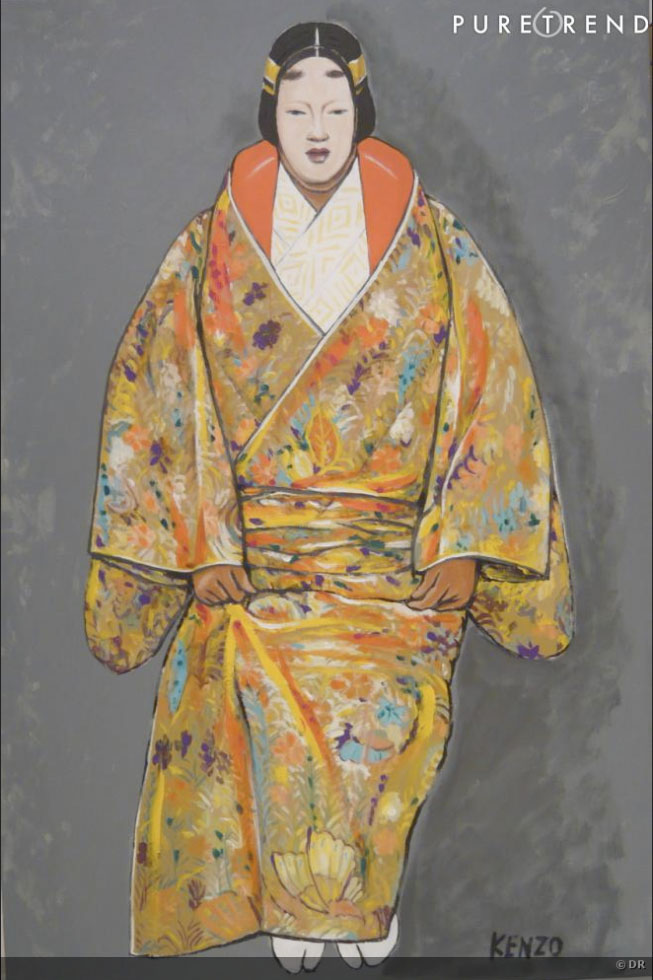 Enthusiasts and collectors will also have an opportunity to discover the talents of Kenzo Takada the artist, with several of his paintings on offer, including some from the series “Masques Nô”. 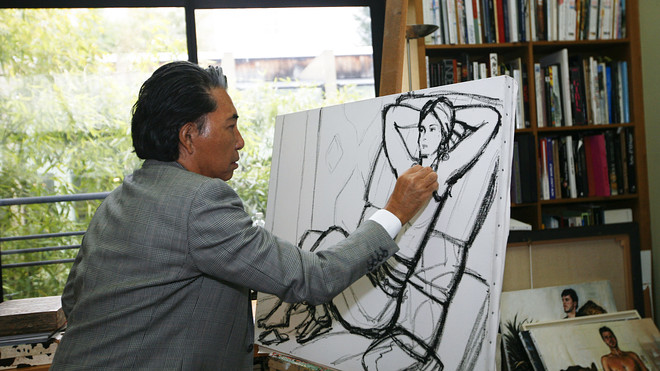 Finally, the Online Only sale will present around a hundred colourful and original wardrobe creations from Kenzo Takada's personal collection.

PARIS.- Following the sales of the Jeanne Moreau Collection and the Martin Margiela Collection, the Fashion & Luxury Accessories department at Artcurial will hold an auction on 3 to 12 May featuring items of clothing designed by Kenzo Takada. This new Online Only fashion sale will take place in conjunction with the auction of furniture from the designer’s apartment to be held on 11 May.
Featuring some 150 items offered in 132 lots, the collection includes kimonos, coats, boleros, skirts, trousers, shorts, tops and shirts designed for every season.
These items, in a range of fine fabrics such as velvet, satin, cashmere, jacquard and taffeta, were never marketed. They were all created by Kenzo Takada between 2005 and 2008 as part of a new project for the brand called “Takada”.
With estimates ranging from 30 € to 600 €, these are all unique pieces, featuring both completed items and unfinished prototypes, some accompanied by their design sketches. There will also be a selection of full outfits offered in the sale. Artcurial has recreated these from the lookbooks made by Kenzo himself, presenting a wonderful opportunity for collectors to discover the designer’s creative process.
« Kenzo Takada’s creations have always incorpo- rated a subtle mix of East and West, modern and traditional. His is an instantly recognisable style, with colourful and floral printed designs and ki- mono cuts that won the designer international reco- gnition. We are extremely honoured to be presenting for sale these exclusive items that have never been seen in public before. » --Clara Vivien Fashion specialist, Artcurial
The creative process of Kenzo Takada
The auction includes a selection of autumnwinter pieces, with more than ten kimonos, over a dozen coats, seventeen jackets, six trench coats and ten boleros. Amongst the spring-summer wear will be more than forty dresses and twenty tops.
Around twenty full outfits will also come under the hammer. Amongst them, the « Super 100 gris » wool look from the Autumn-Winter 2007-2008 collection, featuring a knotted jacket, bustier, skirt and ivory silk blouse. This ensemble is estimated at 180 - 280 €.
Coming from the sale collection, a duchess satin coat with a floral motif on a red background with matching scarf will be offered at 300 to 500 €. There is also an outfit in embroidered ivory silk, comprising a jacket, bustier, skirt, overskirt and purse, estimated at 600-800€.
For the summer season, there are several dresses on offer, such as an organza dress with embroidered polka dots, estimate 80 – 120 €, and a floral-patterned silk dress in shades of yellow, also estimated at 80 – 120 €.
The last five lots in the sale include paper patterns for male fashion items, estimated between 60 and 200 €.
Kenzo Takada (1939 – 2020)
Kenzo Takada was the first Japanese designer to achieve success in the Paris fashion world. Born on 27 February 1939 in Himeji, Japan, Kenzo was interested in fashion from a very young age. He defied his parents’ wishes, and instead of studying literature, he enrolled at Tokyo’s renowned Bunka Fashion College, where he was one of the first male students to be admitted to the fashion and textiles course. To further his learning, he then decided to leave Japan and follow his dream in the international capital of the fashion world, arriving in Paris on 1 January 1965.
In 1970, he held his first fashion show and opened his first boutique in rue Vivienne in Le Marais, which he called Jungle Jap. A visionary designer, Kenzo’s collections met with huge and immediate success. During the first twelve months of his business, he presented not two but four collections in a single year. He was also one of the first to adopt the concept of prêt-à- porter. In 1993, the Kenzo brand was acquired by LVMH, and he stepped down in 1999, leaving his design team in charge.
In 2015, Kenzo Takada was made a Chevalier de la Légion d’honneur, and he died five years later on 4 October 2020, in Paris.
Kenzo Takada & Paris
«Every wall, every corner of the sky, every passer-by in the city provides inspiration for me when designing my collections» said Kenzo Takada of Paris.
Kenzo moved to Paris to refine his talent and learn from the masters, with the idea of eventually going back to Japan. Having fallen in love with the city of lights, where he felt at home and with a desire to «create something», he ended up staying for over 50 years.