CMake is a versatile tool that helps you build C/C++ projects on just about any platform you can think of. It’s used by many popular open source projects including LLVM, Qt, KDE and Blender.

All CMake-based projects contain a script named CMakeLists.txt, and this post is meant as a guide for configuring and building such projects. This post won’t show you how to write a CMake script – that’s getting ahead of things, in my opinion.

As an example, I’ve prepared a CMake-based project that uses SDL2 and OpenGL to render a spinning 3D logo. You can build it on Windows, MacOS or Linux. 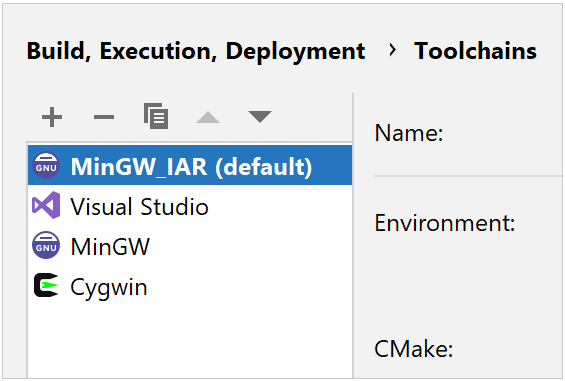 The information here applies to any CMake-based project, so feel free to skip ahead to any section. However, I recommend reading the first two sections first.

If you don’t have CMake yet, there are installers and binary distributions on the CMake website. In Unix-like environments, including Linux, it’s usually available through the system package manager. You can also install it through MacPorts, Homebrew, Cygwin or MSYS2.

The Source and Binary Folders

CMake generates build pipelines. A build pipeline might be a Visual Studio .sln file, an Xcode .xcodeproj or a Unix-style Makefile. It can also take several other forms.

The cache is an important concept. It’s a single text file in the binary folder named CMakeCache.txt. This is where cache variables are stored. Cache variables include user-configurable options defined by the project such as CMakeDemo’s DEMO_ENABLE_MULTISAMPLE option (explained later), and precomputed information to help speed up CMake runs. (You can, and will, re-run CMake several times on the same binary folder.)

You aren’t meant to submit the generated build pipeline to source control, as it usually contains paths that are hardcoded to the local filesystem. Instead, simply re-run CMake each time you clone the project to a new folder. I usually add the rule *build*/ to my .gitignore files.

The Configure and Generate Steps

As you’ll see in the following sections, there are several ways to run CMake. No matter how you run it, it performs two steps: the configure step and the generate step.

The CMakeLists.txt script is executed during the configure step. This script is responsible for defining targets. Each target represents an executable, library, or some other output of the build pipeline.

If the configure step succeeds – meaning CMakeLists.txt completed without errors – CMake will generate a build pipeline using the targets defined by the script. The type of build pipeline generated depends on the type of generator used, as explained in the following sections.

In a more sophisticated project, the configure step might also test the availability of system functions (as a traditional Unix configure script would), or define a special “install” target (to help create a distributable package). If you re-run CMake on the same binary folder, many of the slow steps are skipped during subsequent runs, thanks to the cache.

Running CMake from the Command Line

Before running CMake, make sure you have the required dependencies for your project and platform. For CMakeDemo on Windows, you can run setup-win32.py. For other platforms, check the README.

You’ll often want to tell CMake which generator to use. Visual c++ 32 bit. For a list of available generators, run cmake --help.

If you change your mind about the value of DEMO_ENABLE_MULTISAMPLE, you can re-run CMake at any time. On subsequent runs, instead of passing the source folder path to the cmake command line, you can simply specify the path to the existing binary folder. CMake will find all previous settings in the cache, such as the choice of generator, and re-use them.

You can view project-defined cache variables by running cmake -L -N .. Here you can see CMakeDemo’s DEMO_ENABLE_MULTISAMPLE option left at its default 0 value:

I prefer the command line, but CMake also has a GUI. The GUI offers an interactive way to set cache variables. Again, make sure to install your project’s required dependencies first.

To use it, run cmake-gui, fill in the source and binary folder paths, then click Configure.

If the binary folder doesn’t exist, CMake will prompt you to create it. It will then ask you to select a generator.

After the initial configure step, the GUI will show you a list of cache variables, similar to the list you see when you run cmake -L -N . from the command line. New cache variables are highlighted in red. (In this case, that’s all of them.) If you click Configure again, the red highlights will disappear, since the variables are no longer considered new. 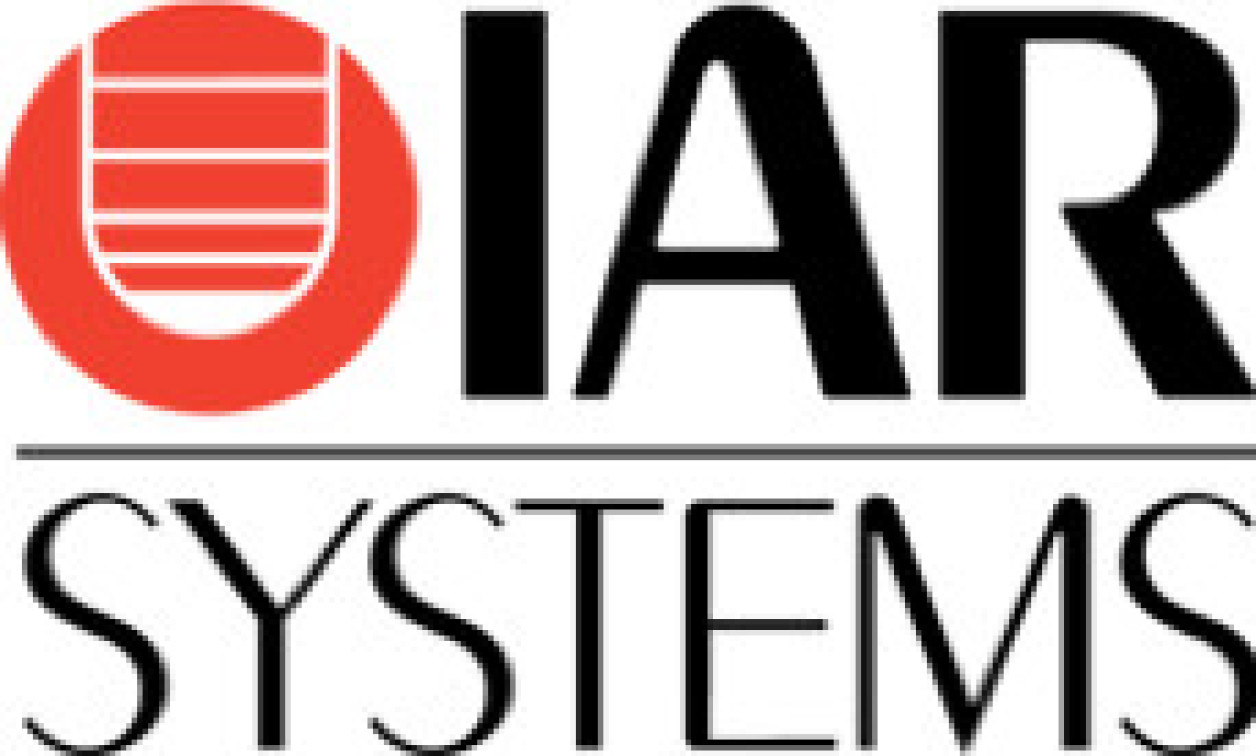 Once you’ve customized the cache variables to your liking, click Generate. This will generate the build pipeline in the binary folder. You can then use it to build your project.

CMake generates a Unix makefile by default when run from the command line in a Unix-like environment. Of course, you can generate makefiles explicitly using the -G option. When generating a makefile, you should also define the CMAKE_BUILD_TYPE variable. Assuming the source folder is the parent:

You should define the CMAKE_BUILD_TYPE variable because makefiles generated by CMake are single-configuration. Unlike a Visual Studio solution, you can’t use the same makefile to build multiple configurations such as Debug and Release. A single makefile is capable of building exactly one build type. By default, the available types are Debug, MinSizeRel, RelWithDebInfo and Release. Watch out – if you forget to define CMAKE_BUILD_TYPE, you’ll probably get an unoptimized build without debug information, which is useless. To change to a different build type, you must re-run CMake and generate a new makefile.

Personally, I also find CMake’s default Release configuration useless because it doesn’t generate any debug information. If you’ve ever opened a crash dump or fixed a bug in Release, you’ll appreciate the availability of debug information, even in an optimized build. That’s why, in my other CMake projects, I usually delete the Release configuration from CMakeLists.txt and use RelWithDebInfo instead.

Once the makefile exists, you can actually build your project by running make. By default, make will build every target that was defined by CMakeLists.txt. In CMakeDemo’s case, there’s only one target. You can also build a specific target by passing its name to make:

The makefile generated by CMake detects header file dependencies automatically, so editing a single header file won’t necessarily rebuild the entire project. You can also parallelize the build by passing -j 4 (or a higher number) to make.

We’ll generate a Visual Studio .sln file from the CMake command line. If you have several versions of Visual Studio installed, you’ll want to tell cmake which version to use. Again, assuming that the source folder is the parent:

The above command line will generate a Visual Studio .sln file for a 32-bit build. There are no multiplatform .sln files using CMake, so for a 64-bit build, you must specify the 64-bit generator:

Open the resulting .sln file in Visual Studio, go to the Solution Explorer panel, right-click the target you want to run, then choose “Set as Startup Project”. Build and run as you normally would.

Note that CMake adds two additional targets to the solution: ALL_BUILD and ZERO_CHECK. ZERO_CHECK automatically re-runs CMake when it detects a change to CMakeLists.txt. ALL_BUILD usually builds all other targets, making it somewhat redundant in Visual Studio. If you’re used to setting up your solutions a certain way, it might seem annoying to have these extra targets in your .sln file, but you get used to it. CMake lets you organize targets and source files into folders, but I didn’t demonstrate that in the CMakeDemo sample.

Like any Visual Studio solution, you can change build type at any time from the Solution Configuration drop-down list. The CMakeDemo sample uses CMake’s default set of build types, shown below. Again, I find the default Release configuration rather useless as it doesn’t produce any debug information. In my other CMake projects, I usually delete the Release configuration from CMakeLists.txt and use RelWithDebInfo instead.

In Visual Studio 2017, Microsoft introduced another way to use CMake with Visual Studio. You can now open the source folder containing CMakeLists.txt from Visual Studio’s File → Open → Folder menu. This new method avoids creating intermediate .sln and .vcxproj files. It also exposes 32-bit and 64-bit builds in the same workspace. It’s a nice idea that, in my opinion, falls short for a few reasons:

I’m not really a fan. For now, I intend to keep generating .sln files by hand using CMake.

The CMake website publishes a binary distribution of CMake for MacOS as a .dmg file. The .dmg file contains an app that you can drag & drop to your Applications folder. Note that if you install CMake this way, cmake won’t be available from the command line unless you create a link to /Applications/CMake.app/Contents/bin/cmake somewhere. I prefer installing CMake from MacPorts because it sets up the command line for you, and because dependencies like SDL2 can be installed the same way.

Specify the Xcode generator from the CMake command line. Again, assuming that the source folder is the parent:

This will create an .xcodeproj folder. Open it in Xcode. (I tested in Xcode 8.3.1.) In the Xcode toolbar, click the “active scheme” drop-down list and select the target you want to run.

After that, click “Edit Scheme…” from the same drop-down list, then choose a build configuration under Run → Info. Again, I don’t recommend CMake’s default Release configuration, as the lack of debug information limits its usefulness.

Finally, build from the Product → Build menu (or the ⌘B shortcut), run using Product → Run (or ⌘R), or click the big play button in the toolbar.

It’s possible to make CMake generate an Xcode project that builds a MacOS bundle or framework, but I didn’t demonstrate that in the CMakeDemo project.

Qt Creator provides built-in support for CMake using the Makefile or Ninja generator under the hood. I tested the following steps in Qt Creator 3.5.1.

In Qt Creator, go to File → Open File or Project… and choose CMakeLists.txt from the source folder you want to build.

Qt Creator will prompt you for the location of the binary folder, calling it the “build directory”. By default, it suggests a path adjacent to the source folder. You can change this location if you want.

When prompted to run CMake, make sure to define the CMAKE_BUILD_TYPE variable since the Makefile generator is single-configuration. You can also specify project-specific variables here, such as CMakeDemo’s DEMO_ENABLE_MULTISAMPLE option.

After that, you can build and run the project from Qt Creator’s menus or using the Shift+Ctrl+B or F5 shortcuts.

If you want to re-run CMake, for example to change the build type from Debug to RelWithDebInfo, navigate to Projects → Build & Run → Build, then click “Run CMake”.

I really appreciate how CMake helps integrate all kinds of C/C++ components and build them in all kinds of environments. It’s not without its flaws, but once you’re proficient with it, the open source world is your oyster, even when integrating non-CMake projects. My next post will be a crash course in CMake’s scripting language.

If you wish to become a power user, and don’t mind forking over a few bucks, the authors’ book Mastering CMake offers a big leap forward. Their article in The Architecture of Open Source Applications is also an interesting read.