Diffraction is a process by virtue of which a system of waves spreads out after passing through narrow gaps. The system of waves includes sound waves, light waves, electromagnetic waves, water waves, etc. Diffraction, in general, is the bending of waves around a small aperture. The process of diffraction was first observed by Francesco Maria Grimaldi, an Italian mathematician and physicist. His work was officially published in the year 1665. Diffraction is quite a versatile process that can be seen in a lot of daily practices. 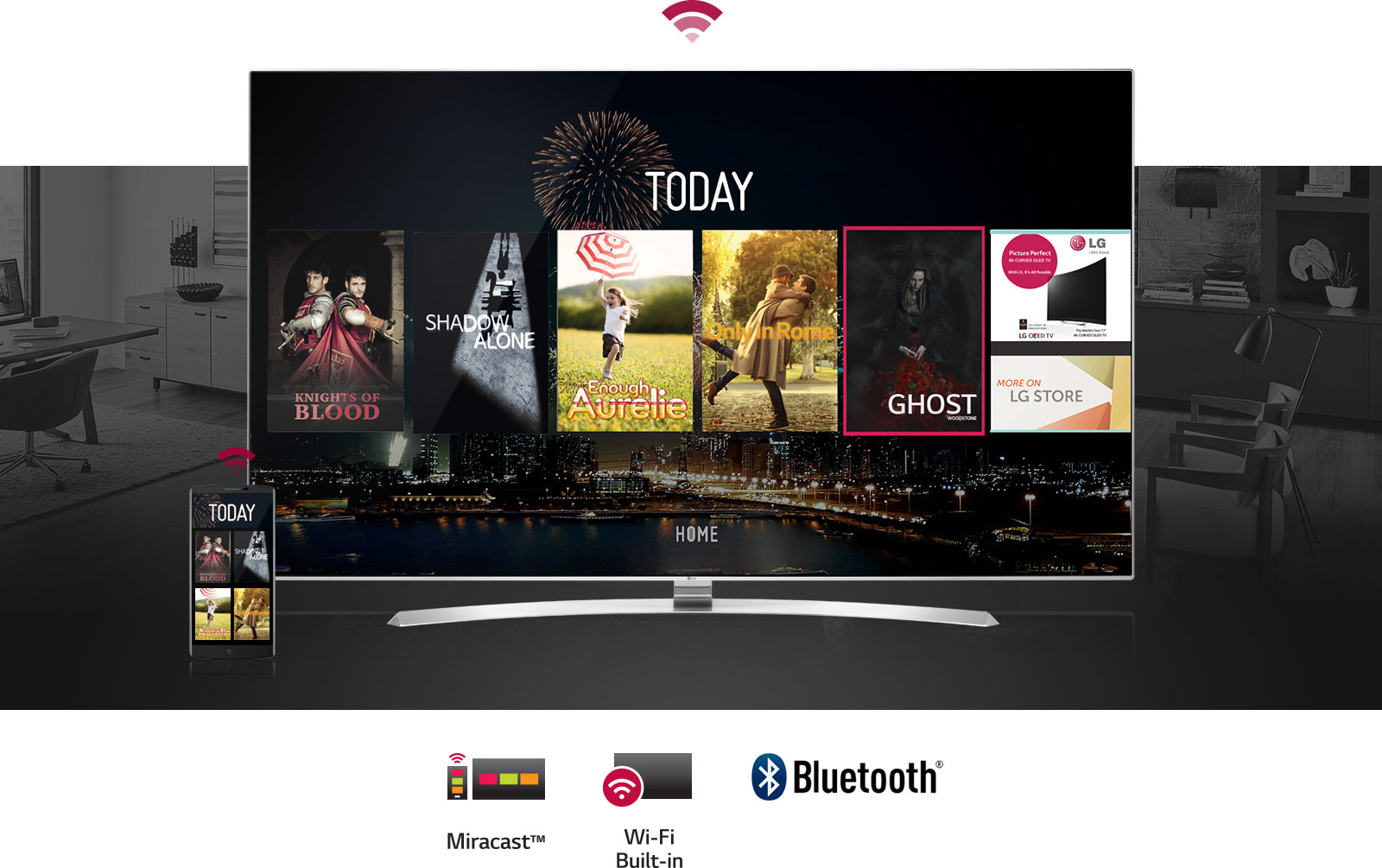 For instance, the following are some real-life examples of diffraction:

The waves spread around the edges of the obstruction and interfere, resulting in a pattern of dark and light fringes. What does diffraction look like? When light diffracts off of the edge of an object, it creates a pattern of light referred to as a diffraction pattern. The key to understanding why light behaves like waves is in INTERFERENCE and DIFFRACTION. Interference and Diffraction are the phenomena that distinguish waves from particles: waves interfere and diffract, particles do not. Light bends around obstacles like waves do, and it is this bending which causes the single slit diffraction pattern. 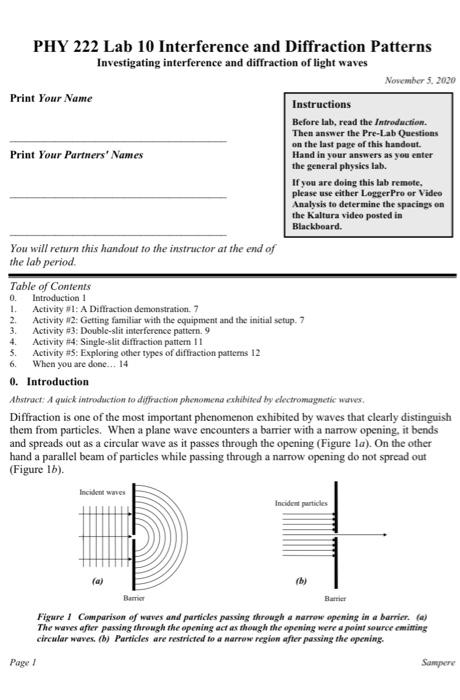 Compact Disks are most susceptible to the process of diffraction. The surface of the compact disk is shiny and consists of a number of grooves. When light falls on the top of a CD, a part of it gets diffracted while some part of the light gets reflected. This is the reason why we see a rainbow-like pattern on a compact disk.

Hologram, the word has been derived from two Greek words, ‘holo’ means whole, and ‘gram’ means a message. It is one fine technology that promises us an incredible future. Hologram basically makes use of diffraction to generate a 3D impression of the image. Different versions of the image get diffracted and reach the lens from multiple sides, all together forming an interference pattern. This pattern is then made to fall on the holographic plate. Finally, providing us with a 3-Dimensional experience.

Suppose, there is a room with no light source, plus the light from the door is forbidden to enter the room as it is closed, and when someone opens the door partially, you can observe that the light gushes inside with a bend across the edges and around the corners of the door. The door acts as an obstacle in the path of light, therefore the light bends. This bending, undoubtedly, is known as diffraction.

You must have seen this breathtaking view for at least once in your life. These magnificent looking rays are known as crepuscular rays or God rays. When the light rays from the sun try to reach the ground but are blocked by the clouds, the light waves get diffracted and deviated. This deflection of light, due to the presence of a barrier in its normal pathway, is nothing but diffraction. The next time you see such a stunning view, you can share the reason behind it.

In x-ray diffraction, the sample is kept in an instrument and is illuminated with x-rays. The x-ray tube and detector move in a synchronized motion, the observed signal is then recorded and studied. This phenomenon is most widely used in the determination of the distance between two consecutive atoms of an element. The process of X-Ray Diffraction is very important in meteorological, pharmaceutical, chemical, and other related industries as whenever the researchers come across some unidentified elements, they need to configure out the details about its structure, beginning with the alignment, distance, and other characteristics of its atoms.

6. Water passing from a small gap

The flowing water of a river when confronts a small slit, it tends to break its normal flow. The water waves undergo bends at the other side of the slit. This bending is yet another example of diffraction.

In meteorological terms, the term corona describes the ring of light around the sun or the moon that is formed when the sunlight or moonlight gets diffracted by small water vapours or ice crystals. The halo of the moon is known as the lunar corona and that of the sun is known as the solar corona. If someone calls your name loudly, you are able to hear it. If they hide behind a tall tree and call your name with the same intensity, would you be able to hear that? The answer is yes, but how come the sound is not blocked even when a huge tree is present in its pathway. The reason being sound travels and reaches your ear through the process of diffraction.

9. Ring of light around the source

Look at any source of light around you right now, you may observe the light does not directly get transmitted in the forward direction, a small part of the light energy is diffracted around the source. This diffraction of light occurs due to the presence of dust and gaseous particles present nearby.

The process of diffraction is significantly used in long-distance radio signal propagation. Due to the curved surface of the earth and huge obstacles present on it, line of sight propagation for long-distance is not possible. Which is why we make use of multi-level diffraction for a signal to reach its destination. The signal keeps striking the obstacles while being amplified simultaneously with the help of boosters again and again till it reaches the destination. Diffraction is responsible for the phone calls you’re able to attend.

We classically think of light as always traveling in straight lines, but when light waves pass near a barrier they tend to bend around that barrier and become spread out. Diffraction of light occurs when a light wave passes by a corner or through an opening or slit that is physically the approximate size of, or even smaller than that light's wavelength.

A very simple demonstration of diffraction can be conducted by holding your hand in front of a light source and slowly closing two fingers while observing the light transmitted between them. As the fingers approach each other and come very close together, you begin to see a series of dark lines parallel to the fingers. The parallel lines are actually diffraction patterns. This phenomenon can also occur when light is 'bent' around particles that are on the same order of magnitude as the wavelength of the light. A good example of this is the diffraction of sunlight by clouds that we often refer to as a silver lining, illustrated in Figure 1 with a beautiful sunset over the ocean.

We can often observe pastel shades of blue, pink, purple, and green in clouds that are generated when light is diffracted from water droplets in the clouds. The amount of diffraction depends on the wavelength of light, with shorter wavelengths being diffracted at a greater angle than longer ones (in effect, blue and violet light are diffracted at a higher angle than is red light). As a light wave traveling through the atmosphere encounters a droplet of water, as illustrated below, it is first refracted at the water:air interface, then it is reflected as it again encounters the interface. The beam, still traveling inside the water droplet, is once again refracted as it strikes the interface for a third time. This last interaction with the interface refracts the light back into the atmosphere, but it also diffracts a portion of the light as illustrated below. This diffraction element leads to a phenomenon known as Cellini's halo (also known as the Heiligenschein effect) where a bright ring of light surrounds the shadow of the observer's head.

One of the classic and most fundamental concepts involving diffraction is the single-slit optical diffraction experiment, first conducted in the early nineteenth century. When a light wave propagates through a slit (or aperture) the result depends upon the physical size of the aperture with respect to the wavelength of the incident beam. This is illustrated in Figure 3 assuming a coherent, monochromatic wave emitted from point source S, similar to light that would be produced by a laser, passes through aperture d and is diffracted, with the primary incident light beam landing at point P and the first secondary maxima occurring at point Q.

Where θ is the angle between the incident central propagation direction and the first minimum of the diffraction pattern. The experiment produces a bright central maximum which is flanked on both sides by secondary maxima, with the intensity of each succeeding secondary maximum decreasing as the distance from the center increases. Figure 4 illustrates this point with a plot of beam intensity versus diffraction radius. Note that the minima occurring between secondary maxima are located in multiples of π.

This experiment was first explained by Augustin Fresnel who, along with Thomas Young, produced important evidence confirming that light travels in waves. From the figures above, we see how a coherent, monochromatic light (in this example, laser illumination) emitted from point L is diffracted by aperture d. Fresnel assumed that the amplitude of the first order maxima at point Q (defined as εQ) would be given by the equation: 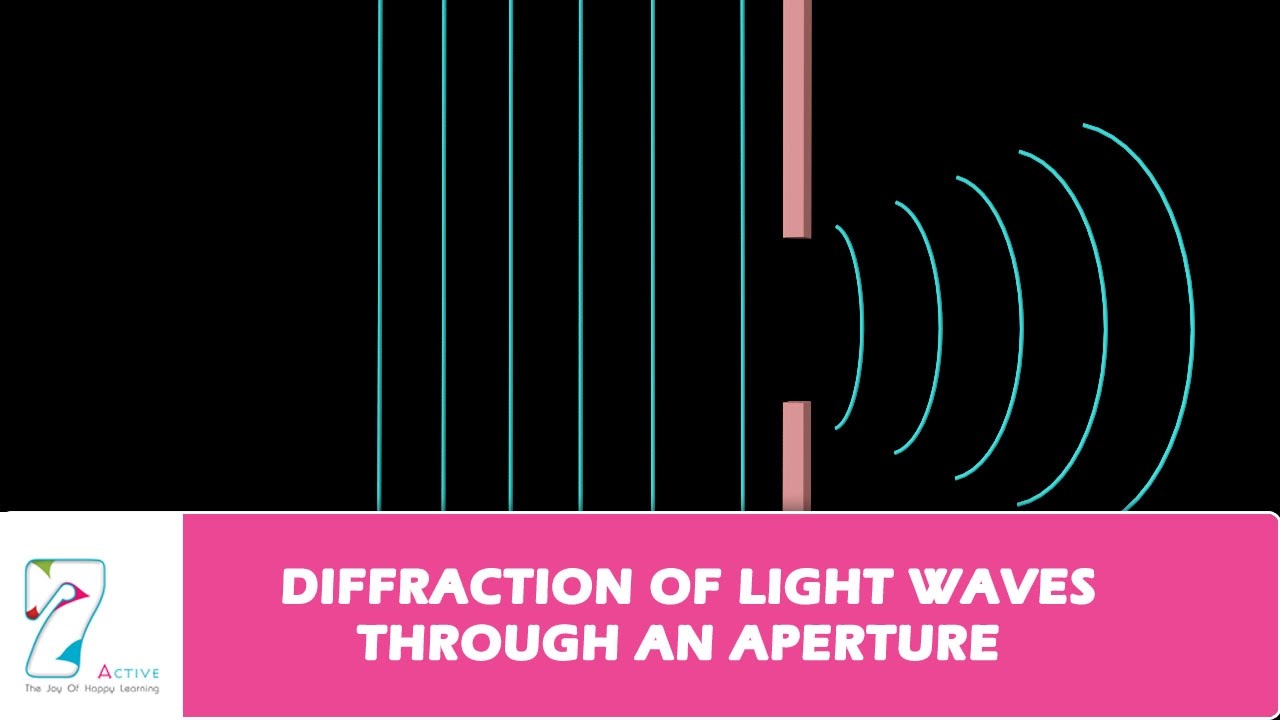 where A is the amplitude of the incident wave, r is the distance between d and Q, and f(χ) is a function of χ, an inclination factor introduced by Fresnel.

Explore how a beam of light is diffracted when it passes through a narrow slit or aperture. Adjust the wavelength and aperture size and observe how this affects the diffraction intensity pattern.

where θ(1) is the angular position of the first order diffraction minima (the first dark ring), λ is the wavelength of the incident light, d is the diameter of the aperture, and 1.22 is a constant. Under most circumstances, the angle θ(1) is very small so the approximation that the sin and tan of the angle are almost equal yields:

From these equations it becomes apparent that the central maximum is directly proportional to λ/d making this maximum more spread out for longer wavelengths and for smaller apertures. The secondary mimina of diffraction set a limit to the useful magnification of objective lenses in optical microscopy, due to inherent diffraction of light by these lenses. No matter how perfect the lens may be, the image of a point source of light produced by the lens is accompanied by secondary and higher order maxima. This could be eliminated only if the lens had an infinite diameter. Two objects separated by a distance less than θ(1) can not be resolved, no matter how high the power of magnification. While these equations were derived for the image of a point source of light an infinite distance from the aperture, it is a reasonable approximation of the resolving power of a microscope when d is substituted for the diameter of the objective lens.

Thus, if two objects reside a distance D apart from each other and are at a distance L from an observer, the angle (expressed in radians) between them is:

which leads us to be able to condense the last two equations to yield:

Where D(0) is the minimum separation distance between the objects that will allow them to be resolved. Using this equation, the human eye can resolve objects separated by a distance of 0.056 millimeters, however the photoreceptors in the retina are not quite close enough together to permit this degree of resolution, and 0.1 millimeters is a more realistic number under normal circumstances.

The resolving power of optical microscopes is determined by a number of factors including those discussed, but in the most ideal circumstances, this number is about 0.2 micrometers. This number must take into account optical alignment of the microscope, quality of the lenses, as well as the predominant wavelengths of light used to image the specimen. While it is often not necessary to calculate the exact resolving power of each objective (and would be a waste of time in most instances), it is important to understand the capabilities of the microscope lenses as they apply to the real world.