Sep 22, 2020 I’m wondering if this is a bug. I’m using INSTALLRPATHUSELINKPATH TRUE for a target in my project, and generally it seems to work and set the target’s RUNPATH as expected on install, except it stops working and doesn’t set any RUNPATH if an -L option is included in CMAKEEXELINKERFLAGS. I don’t see interactions between USELINKPATH and LINKERFLAGS variables mentioned in the. Static libraries are not dynamic (obviously!) so, CMAKEINSTALLRPATH has no utility at all for static libraries. When installing dynamic objects, CMake will write the Rpath into the dynamic object provided CMAKESKIPRPATH and CMAKESKIPINSTALLRPATH are both false. Replying to [email protected] I'm working on a project where we have to build our own versions of common things like openssl, as well as our own libraries. To run these programs from the command line, it's necessary to set the DYLDLIBRARYPATH, but once that is done everything works fine. Jun 08, 2010 Introduction to Linux - A Hands on Guide This guide was created as an overview of the Linux Operating System, geared toward new users as an exploration tour and getting started guide, with exercises at the end of each chapter.

I’m wondering if this is a bug.

I’m using INSTALL_RPATH_USE_LINK_PATH TRUE for a target in my project, and generally it seems to work and set the target’s RUNPATH as expected on install, except it stops working and doesn’t set any RUNPATH if an -L option is included in CMAKE_EXE_LINKER_FLAGS.

Post by Iker Arizmendi What is the correct way to set the install RPATH under CMake 2.4.2? At the moment I do the following within my SET(CMAKEBUILDWITHINSTALLRPATH TRUE).

I don’t see interactions between USE_LINK_PATH and LINKER_FLAGS variables mentioned in the reference documentation or in https://gitlab.kitware.com/cmake/community/-/wikis/doc/cmake/RPATH-handling, so I’m wondering if this behavior is expected or may be a bug.

I can vaguely see how the behavior might be useful, but not specifically, and it seems like a surprising thing that should be document. For now setting CMAKE_INSTALL_RPATH manually seems to function as a workaround.

I can try to come up with minimal test case if this sounds like a bug. Some more details are in

This page describes how to install ROS Melodic on macOS. macOS is not officially supported by ROS and the installation might fail.

This is a work in progress! At present, the instructions cover only the installation of ROS-Comm (Bare Bones) variant and tested on the following configuration: 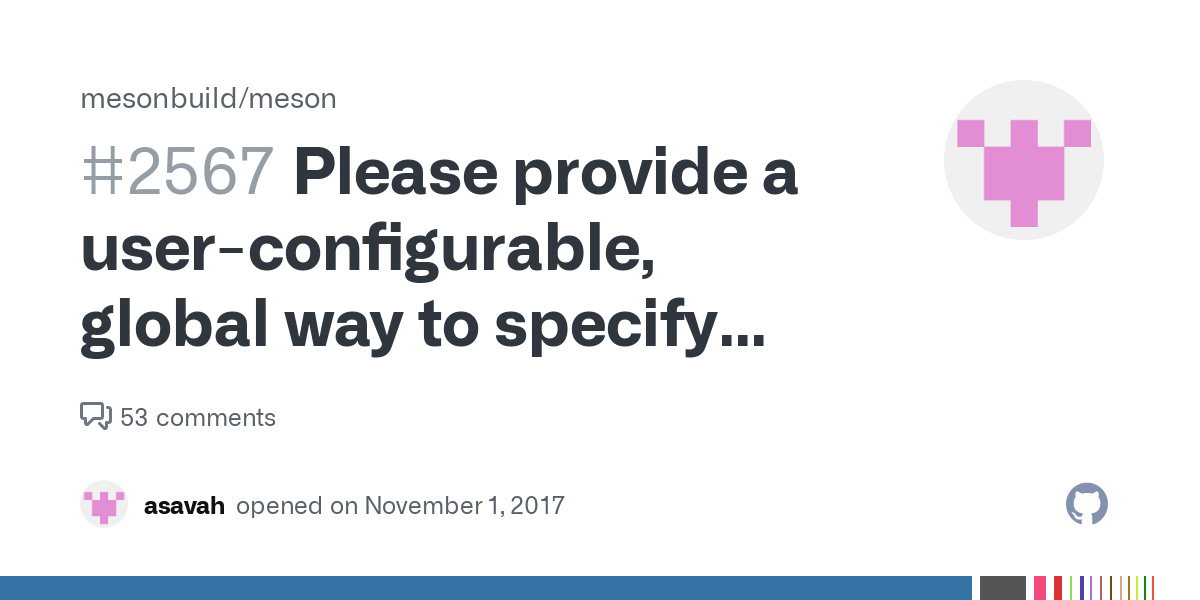 First, go to http://brew.sh to install homebrew and install some additional software:

Add our ROS dependencies tap and the Homebrew Core tap so you can get some non-standard formulae:

Note: if you are upgrading from previous ROS distro try this before installing:

In general it is not recommended to try and install multiple ROS versions at the same time on macOS due to conflicting system dependencies. 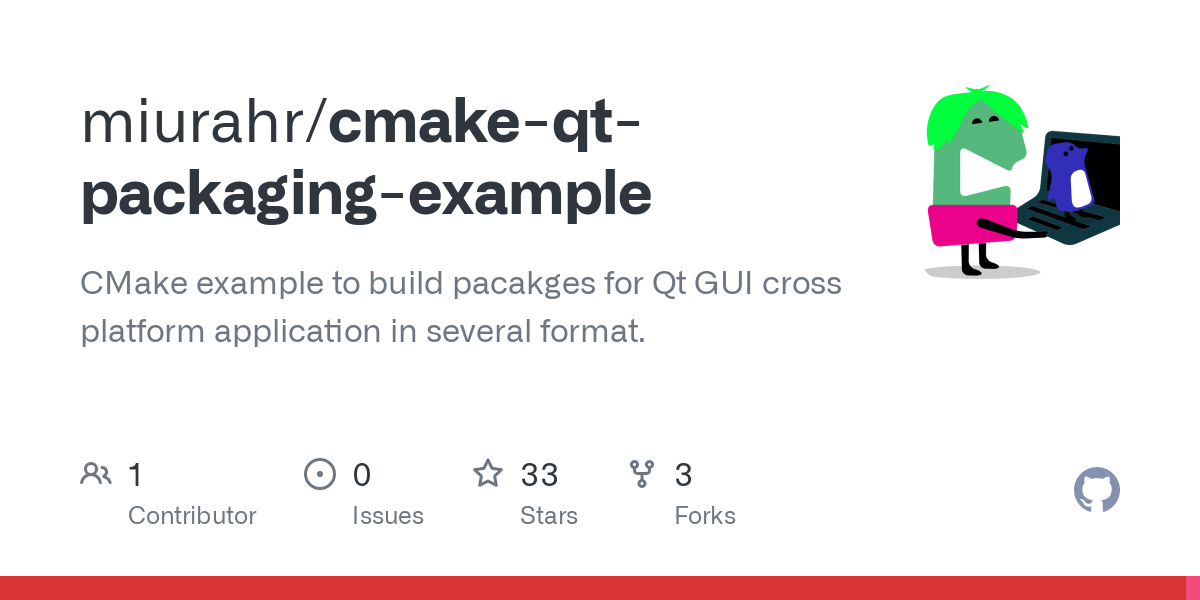 You will need to tell Python about modules installed by Homebrew. The recommended way of doing this are the following commands: 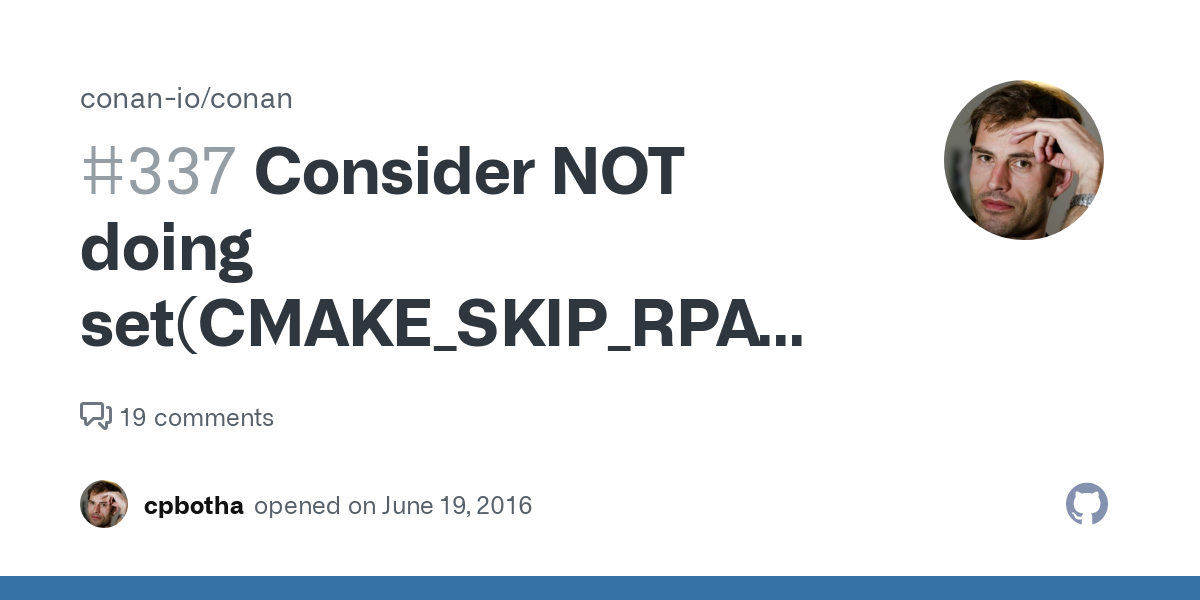 In order to build the core packages, you will need a catkin workspace. Create one now:

Next we will want to fetch the core packages so we can build them. We will use vcstool for this. Select the vcstool command for the particular variant you want to install:

In addition to the 3 variants above, more are defined in REP 131 such as robot, perception, etc. Just change the package path to the one you want, e.g., for robot do:

Now you will modify four CMake configuration files to avoid some compile and linker issues on MacOS.

Edit the file src/ros_comm/message_filters/CMakeLists.txt by removing the Boost.Signals package dependency. Look for the line:

and change it to:

Edit the file src/ros_comm/roscpp/CMakeLists.txt by removing the Boost.Signals package dependency. Look for the line:

and change it to:

Before you can build your catkin workspace you need to make sure that you have all the required dependencies. We use the rosdep tool for this:

The --from-paths option indicates we want to install the dependencies for an entire directory of packages, in this case src. The --ignore-src option indicates to rosdep that it shouldn't try to install any ROS packages in the src folder from the package manager, we don't need it to since we are building them ourselves. The --rosdistro option is required because we don't have a ROS environment setup yet, so we have to indicate to rosdep what version of ROS we are building for. The -y option indicates to rosdep that we don't want to be bothered by too many prompts from the package manager. The --skip-keys option suppresses some dependency error messages.

After a while (and maybe some prompts for your password) rosdep will finish installing system dependencies and you can continue.

Note: After running rosdep you will see the error below, so you may encounter issues when running roslisp or rosbag. (would be great if someone can test) .

Once it has completed downloading the packages and resolving the dependencies you are ready to build the catkin packages. We will use the catkin_make_isolated command because there are both catkin and plain cmake packages in the base install, when developing on your catkin only workspaces you may choose to use catkin/commands/catkin_make which only works with catkin packages.

Note: The -DCMAKE_MACOSX_RPATH and -DCMAKE_INSTALL_RPATH flags are mandatory. They are needed by roscore (and other programs) to find the *.dylib libraries at runtime.

Note: The default catkin installation location would be ~/ros_catkin_ws/install_isolated, if you would like to install somewhere else then you can do this by adding the --install-space /opt/ros/melodic argument to your catkin_make_isolated call.

For usage on a robot without Ubuntu, it is recommended to install compiled code into /opt/ros/melodic just as the Ubuntu packages would do. Don't do this in Ubuntu, as the packages would collide with apt-get packages. It is also possible to install elsewhere (e.g. /usr), but it is not recommended unless you really know what you are doing.

Note: In the above command we are running the catkin_make_isolatedCamera shutter count canon 1300d. command from the catkin source folder because it has not been installed yet, once installed it can be called directly.

Now the packages should have been installed to ~/ros_catkin_ws/install_isolated or to wherever you specified with the --install-space argument. If you look in that directory you will see that a setup.bash file have been generated. To utilize the things installed there simply source that file like so:

If we want to keep our source checkout up to date, we will have to periodically update our rosinstall file, download the latest sources, and rebuild our workspace.

To update your workspace, first move your existing rosinstall file so that it doesn't get overwritten, and generate an updated version. For simplicity, we will cover the *destop-full* variant. For other variants, update the filenames and rosinstall_generator arguments appropriately.

Then, compare the new rosinstall file to the old version to see which packages will be updated:

If you're satisfied with these changes, incorporate the new rosinstall file into the workspace and update your workspace:

Now that the workspace is up to date with the latest sources, rebuild it:

If you specified the --install-space option when your workspace initially, you should specify it again when rebuilding your workspace

Once your workspace has been rebuilt, you should source the setup files again:

Free to add any tips or workarounds found for installing Melodic on macOS. Troubleshooting from previous releases of ROS are located here: