Catch2 is a well known C header only testing framework. A small CMake and doctest example. This example contains of. 2 test files, test1.cpp and test2.cpp, each taking at least once second to execute. The testmain.cpp file, with the custom main implementation. May 30, 2018 Example To illustrate the basic structure of a CMake project, let’s write an example. It consists of a C application written in Linux named rvarago-hello-cmake that will be compiled against the. CMake C example project for depthai-core library. CMake example project which serves as a template on how to quickly get started with C and depthai library. Depthai library dependencies. Cmake = 3.2; libusb1 development package; C/C11 compiler; MacOS: brew install libusb. Linux: sudo apt install libusb-1.0-0-dev.

The first project is contained in the extras/cmake/helloworlddirectory of the GitHub repository. In this example a simple “Hello World” C program is built (HelloWorld.cpp), which has the source code provided in Listing 1. Listing 1: The Hello World C Example.

CMake is a tool for defining and managing code builds, primarily for C++.

CMake is a cross-platform tool; the idea is to have a single definition of how the project is built - which translates into specific build definitions for any supported platform.

It accomplishes this by pairing with different platform-specific buildsystems; CMake is an intermediate step, that generates build input for different specific platforms. On Linux, CMake generates Makefiles; on Windows, it can generate Visual Studio projects, and so on.

Build behavior is defined in CMakeLists.txt files - one in every directory of the source code. Each directory's CMakeLists file defines what the buildsystem should do in that specific directory. It also defines which subdirectories CMake should handle as well.

The final CMakeLists files can be very clear and straightforward, because each is so limited in scope. Each only handles as much of the build as is present in the current directory.

For official resources on CMake, see CMake's Documentation and Tutorial.

My previous post about CMake provided a simple CMakeLists.txt for a small, self-contained, project. In practice, very few projects are fully self-contained, as they either depend on external libraries or are themselves libraries that other projects depend on. This post shows how to create and consume simple libraries using modern CMake.

Let's say we want to build a program using a SAT solver[1], specifically Minisat[2]. To check that using the library works, we will use this main.cppNordvpn software. to build a binary.

It creates a CNF formula with 2 clauses, x and ~x. Obviously a variable cannot be set to both true and false at the same time, so the output should be 'UNSAT'.

So how does CMakeLists.txt for building this executable look like? To start with, we will assume that the Minisat library has proper CMake-based build and has been already built and installed in the system we are building on.

And that is it.

find_package(MiniSat 2.2 REQUIRED) looks for MiniSat package, in version 2.2, in the local CMake package registry. It being REQUIRED means that if CMake cannot find it, it should abort the configuration step. If CMake finds the package, all exported MiniSat targets are imported -- this is where we get the MiniSat::libminisat library target.

The above works well if the package is already installed on the system we are building on. But what if we expect that it isn't, and would rather not make the user build and install the library separately?

If the library accommodates this in its CMakeLists.txt, we can do almost the same thing, except use add_subdirectory instead of find_package:

This assumes that our folder structure looks like this:

What is harder is making this transparent: in both cases the executable links against a target with the same name, MiniSat::libminisat, but the way that this target gets into scope is different. The only solution I know of for this problem is not very satisfying[3] or elegant.

If you go with 2) and the library you want to use is common enough, there is a good chance that it will work out of the box, because CMake comes with some Find*.cmake scripts preinstalled, e.g. it provides FindBoost.cmake or FindThreads.cmake[4] for you out of the box. Alternatively, you can look for one online, or write your own[5].

As we have seen, using libraries from CMake can be downright pleasant, as long as the library supports this usage properly. The question now becomes, how do we create such library? Let's go over writing CMakeLists.txt for the Minisat library we were using in the first part of this post[6].

The first step is to build the library and binaries themselves. Going by the previous post about CMake and skipping over the IDE related improvements, we will end up with something like this[7]:

target_compile_features was not mentioned in the previous post, but it allows us to set what C++ features are used by the target and CMake then tries to figure out what flags are needed by the compiler to enable them. In this case, our fork of Minisat uses some C++11 features (final, = delete, = default and [[]] attributes), so we enable those.

Note that since CMake version 3.8, the use of coarse-grained features for target_compile_features is discouraged. The reason is that as new standards add more and more features, trying to detect their support piecemeal is harder[8] and harder. Instead, cxx_std_XX compile feature should be used to set the required C++ standard version to XX. This means that if we targetted newer CMake versions, we would instead use target_compile_features(libminisat PUBLIC cxx_std_11).

This CMakeLists.txt will build a static library and the two binaries that depend on it. However, if we build this project on Linux, the library will be named liblibminisat.a, because CMake knows that library files on Linux are prefixed with lib as a convention, and it tries to be helpful. However, we cannot name the target just minisat, because that is the name of a target for executable. Let's fix that by instead changing the OUTPUT_NAME property of our target to minisat, to make the output of libminisat target libminisat.a on Linux and minisat.lib on Windows:

Now we have a functional[9] CMakeLists.txt, but it does not know how to install the resulting binaries.

CMake supports installing build artifacts made as part of a target via the install command. We can have CMake install the resulting library and binaries with this snippet 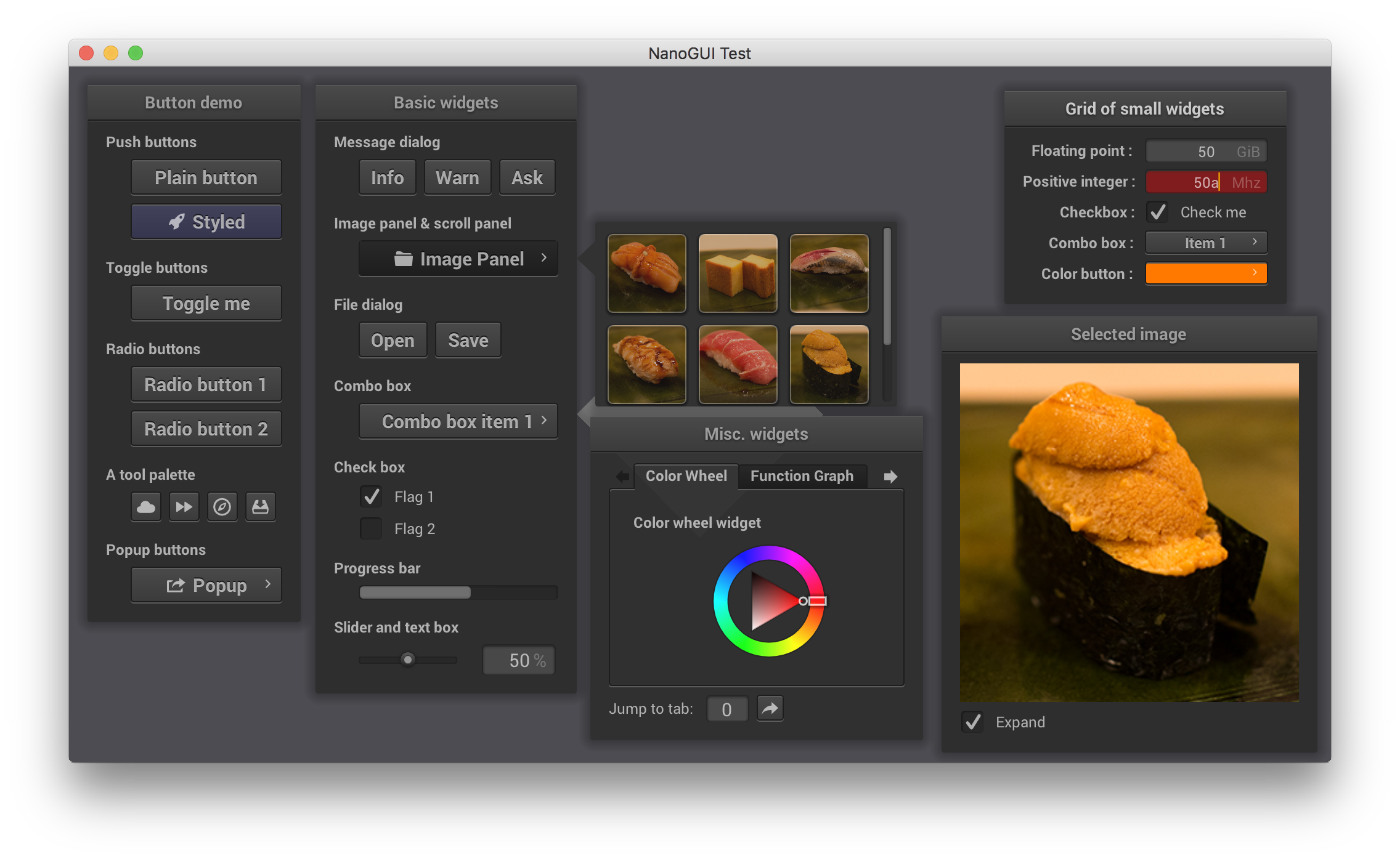 We can fix the first one by relying on utility package GNUInstallDirs to provide reasonable default paths for Linux (Windows does not have a default path):

This will get the two binaries installed into a reasonable default paths, namely /usr/local/bin on Linux and `` (empty, meaning local) on Windows. The library target has been split off because it will need special treatment to fix the second problem of the original install command.

The second problem, integrating nicely with other CMake builds, takes a lot of boilerplate CMake:

This is enough to use the MiniSat::libminisat target from external projects, but not enough to have it imported by the find_package command for us. For this to happen, we need 2 more files, MiniSatConfig.cmake and MiniSatConfigVersion.cmake[11], to be used by find_package:

write_basic_package_version_file is a helper function that makes creating proper *ConfigVersion files easy, the only part that is not self-explanatory is COMPATIBILITY argument. AnyNewerVersion means that the MiniSatConfigVersion.cmake accepts requests for MiniSat versions 2.2 and lesser (2.1, 2.0, ..).

configure_package_config_file is a package-specific replacement for configure_file, that provides package-oriented helpers. This takes a file template CMake/MiniSatConfig.cmake.in and creates from it MiniSatConfig.cmake, that can then be imported via find_package to provide the targets. Because MiniSat does not have any dependencies, the config template is trivial, as it only needs to include MiniSatTargets.cmake:

There is only one more thing to do, before our CMakeLists for MiniSat properly packages the library target for reuse, setting up proper include paths. Right now, libminisat target uses ${CMAKE_CURRENT_SOURCE_DIR} for its include paths. This means that if the library was cloned to /mnt/c/ubuntu/minisat, built and installed, then a project linking against MiniSat::libminisat would look for its includes in /mnt/c/ubuntu/minisat, rather than in, e.g. /usr/local/include. We cannot change the include paths blindly to the installed location either, as that would prevent the build from working. What we need to do is to have a different set of include paths when the target is built versus when the target is installed somewhere, which can be done using generator expressions:

Support for use as a subdirectory

Always alias exported targets to give them the same name as when they are exported in a namespace.

After all this work, our CMakeLists for MiniSat supports installation and CMake package export, but cannot be properly used as a subdirectory, without installation. Luckily, supporting this is trivial, all we need to do is to create an alias for libminisat with namespaced[12] name:

Now we are done. At least for simple libraries like Minisat, which have no dependencies of their own.

So what can you do when your library has a dependency? Your package should check whether its dependency is present while configuring itself, which means that the checks go into FooConfig.cmake. There is even a helper macro for use within FooConfig.cmake, find_dependency.

As an example, if your library depends on Boost.Regex, your FooConfig.cmake.in will look something like this:

Other things that go into FooConfig are various variables that you want your package to provide to consumers, platform-specific configuration and so on.

The actual CMakeLists from our Minisat fork can be found here. It should be functionally the same as the one explained in this post, but with some minor differences.