Batch renaming is a form of batch processing used to rename multiple computer files and folders in an automated fashion, in order to save time and reduce the amount of work involved. Some sort of software is required to do this. To rename files with a specific file extension on Windows 10 with Command Prompt, use these steps: Open Start. Search for Command Prompt and click the top result to open the app. Rename a file keeping the original. Use the following command at the Windows command line or within a batch file. Xcopy 'TESTA.txt' 'TESTB.txt' The command will create a copy of the original files with the new extension. Rename a single file with the move command. Like using the rename command, you can also use the move command to rename a file. Mar 03, 2008 Step 1: Type cmd and switch (using “cd” command) to the directory that contains the files you want to rename in bulk. Step 2: Type “dir /b” to see a skeleton list of all files in the current directory. Copy that file list to the clipboard by selecting Mark from the contextual menu. Step 3: The fun starts now. Rename from list in Quick File Rename: Quick File Rename allows you to rename from lists that are created by you. Renaming from a list is useful when you wish to define the exact names you want renamed from, and after. To create these lists, you can either import them from Excel, or any program, to a CSV format (comma seperated values), and then import them using Quick File Rename.

Ever since the earliest DOS versions the RENAME and its 'twin' (or alias?) REN have been around to allow us to change file names:

You can even use wildcards in filename1 (and filename2) to rename, say, all your (very) old MS-DOS (ASCII) help files from *.doc to *.txt: 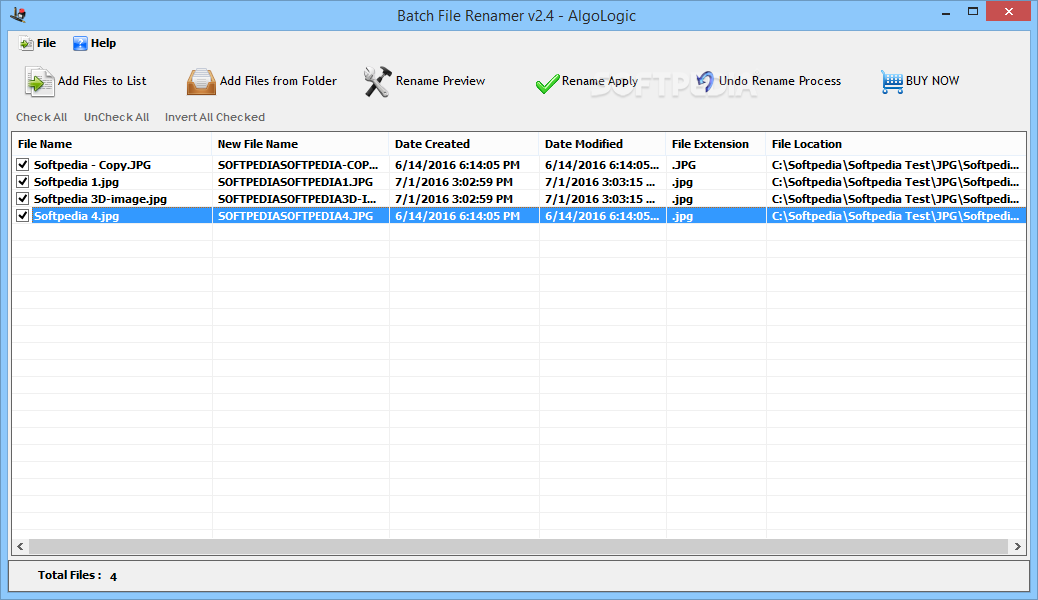 If I remember correctly, in the old MS-DOS days, it was possible to append characters to the file name using the command:

Cmake ros download. Try that in Windows (XP) and you'll get *.txt1.txt files.

The proper way to do this in NT is:

For each *.txt file, '%%~fA' resolves to the (doublequoted) fully qualified path, and %%~nA1 to the original file name only, with a 1 appended, and .* to leave the extension unaltered. 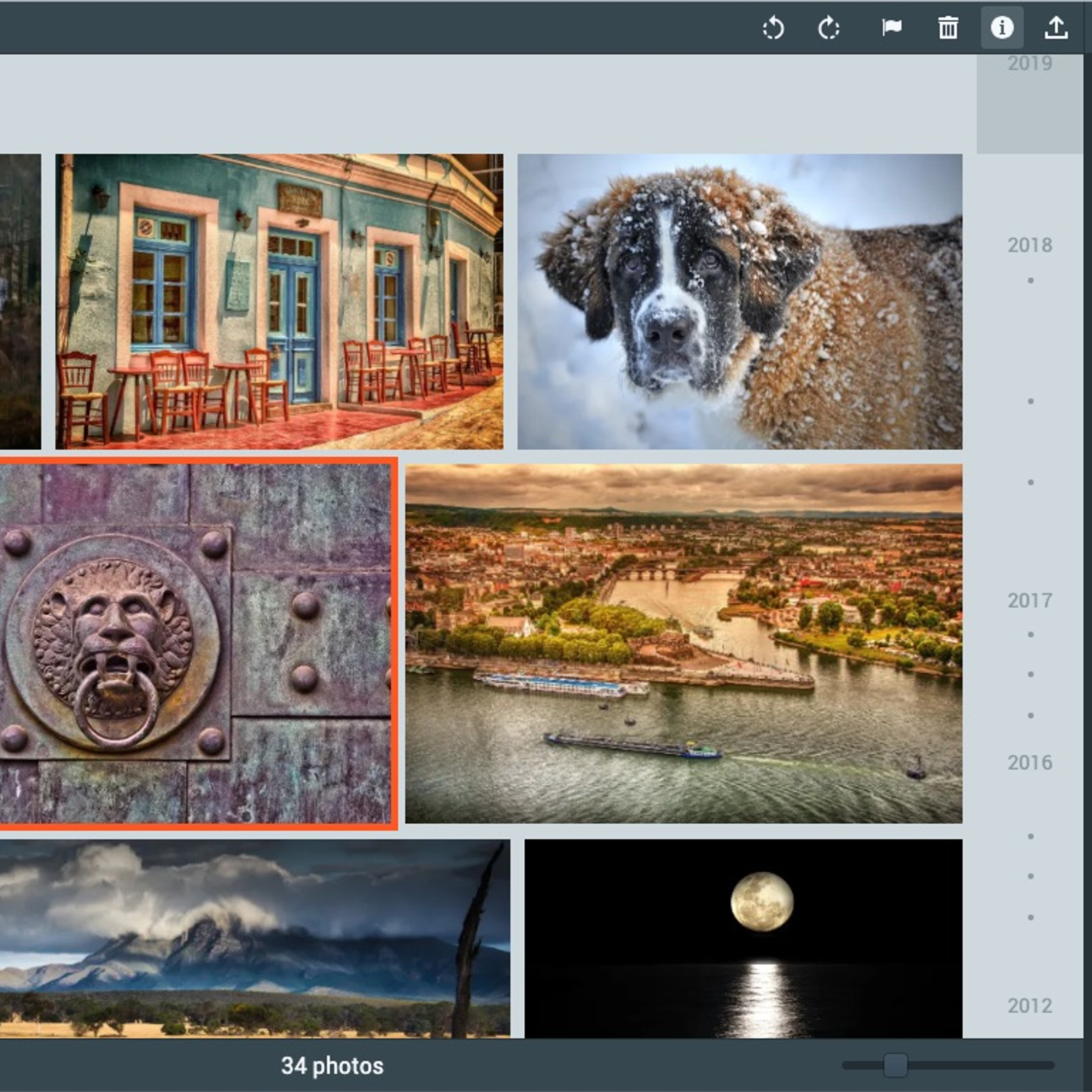 Justin taught me an undocumented REN feature to chop off everything from a file name after the last occurrence of a specified character:

will rename testfile.txt to tes. will not change the name at all (remember: the last occurrence..?).

will rename testfile.txt to test.
Does that mean chop off everything after the last occurrence of st? No it doesn't:

will rename testfile.txt to tesa, so it seems to mean chop off everything after the last s and then append an a. 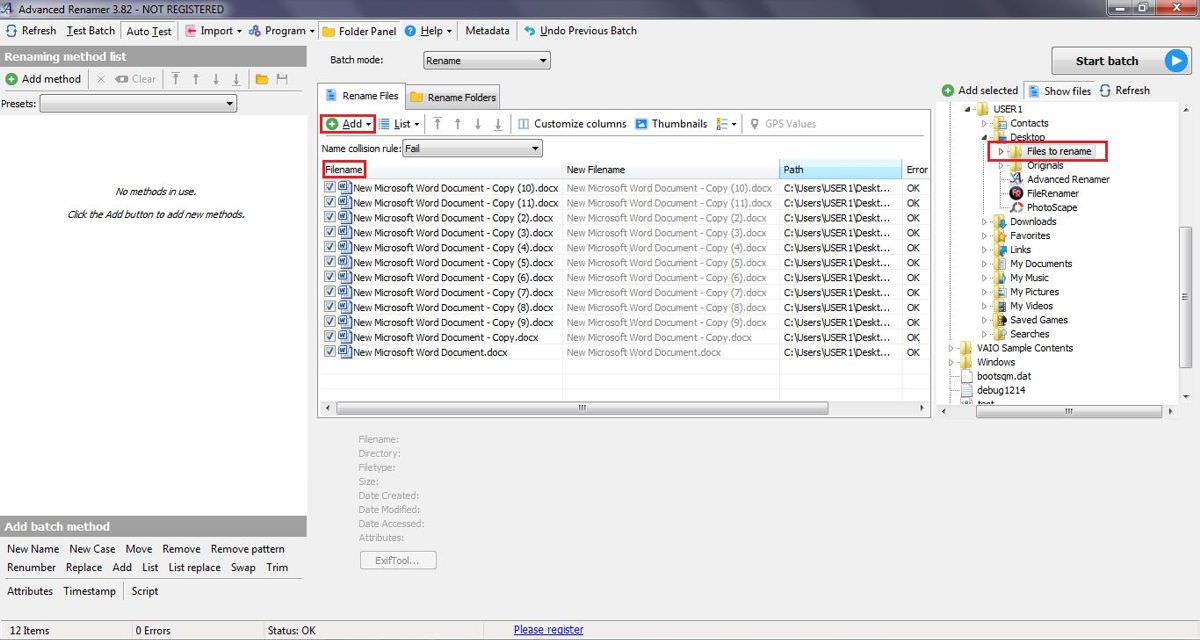 You can rename folders with the MOVE command:

where folder2 is a folder name only (not a fully qualified path).
Make sure folder2 does not exist, neither in d:path nor in the current folder, or the previous command will really movefolder2intofolder1 (making folder2 a subfolder of folder1).

Likewise, MOVE can be used to rename and move files all in one go: